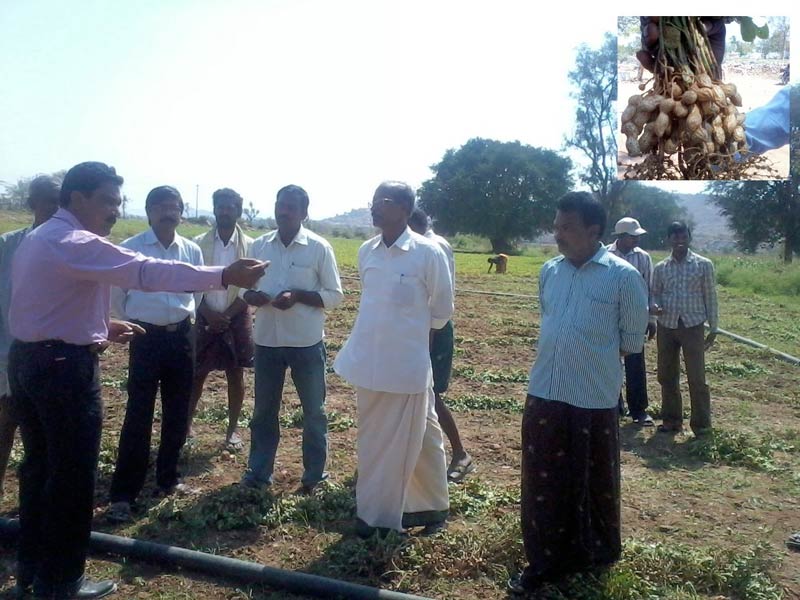 Developing commodity cooperatives requires large-scale database management and analysis for which MIS has proved to be an appropriate tool.

Sustainable Agriculture, as we all know goes hand in hand with nature, along with its available resources and human habitation, which depends on it for the day-to-day living. But what happens when nature is not so generous and creates obstacles where one struggles very hard to produce a crop out of dry hard soil... that is when sustainability becomes equivalent to survival. I have seen this struggle as well as the spirit to move on, in Anantapur. I got to see all those who were helping the farmers, who otherwise will be deprived by nature, environment and above all fellow human beings, in the form of middlemen. CCD (Center for Collective Development) is an organisation that strives for better future of the farmers, painting the bigger picture of flourishing and prospering of the country, uniformly and collectively. CCD began their activities of Commodity Cooperative Development project in Anantpur which happens to be one of the their primary avicity area and the largest district of Andhra Pradesh.

The economy is principally agrarian with very few industries. With very little rainfall, the district is one of the most backward provinces in the state. Prominent crops include sunflower, rice, cotton, maize, chillies, sesame, to name a few. Limestone quarrying and iron mining constitute the industrial space. However, growing groundnut is the most prominent means of earning daily bread for the people in Anantapur.

CCD is working towards the growth of farmers in the area by introducing cooperatives which gives the farmers an opportunity to work together and benefit mutually. It has so far covered 42+ villages in Anantapur spreading the idea of cooperatives. As of now, more then 2000 farmers have benefited because of 35+ cooperatives, which helps them with market linkage, Agro scientist's advise, saving schemes and streamlining better and alternative ways of crop cultivation. Project team members Ramgopal, Chandrashekar, Obulapatthy, Ravi, Shankar, to name a few, have come together to give hope of a better future to the farmers of Anantpur.

Developing commodity cooperatives requires large-scale database management and analysis for which MIS has proved to be an appropriate tool. Mahiti.org takes great pride in associating with CCD and developing the MIS for Commodity Cooperative Development project of CCD. The MIS will help capture and analyse the entire process, assess the impact of intervention, that will evetually help Anantpur make a mark in the field of agriculture.